A lady called Enyonam Fiomayle has taken to Facebook to reveal how she slept with Nana Agradaa’s Husband after she scammed her of 1700 which was supposed to be her school fees.

According to Enyonam, the incident happened in 2015 and after she believed in the lies of Nana Agradaa that she was going to double her money, she gave her school fees worth 1700 Cedis. Unfortunately for Enyonam however, she was scammed by Nana Agradaa and in order to take revenge on her, she slept with her husband who ended up buying her a car in 2016.

She added that has been using the car till date.

Nana Agradaa was recently arrested for defrauding people of several millions of Cedis under the guise of multiplying the money for them. She is still in police custody awaiting trial. 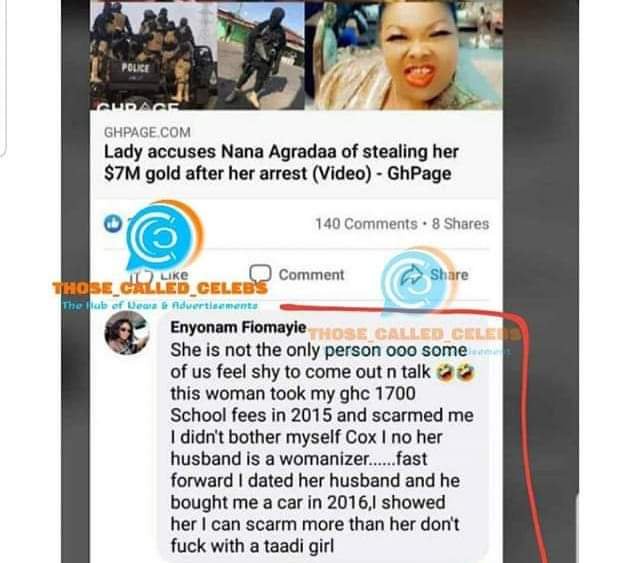